Blu started out his artistic career following his passion for drawing, public art, particularly unauthorized, illegal art. Coming from the graffiti culture he started developing his art based on a very personal figurative style. His work lives in two stages and two different spaces. 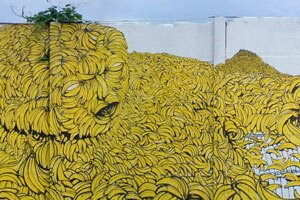 It originates from sketches jotted down in sketchbook, which represent a diary as well as an image database to be used in the second stage: the mural. The actual project starts in front of the building, with size and load bearing elements of the wall, in effort to identify an impossible combination between painting and surrounding architecture. He avail himself of the most traditional and essential painting tools : brushes, paint roller, one colour and black; he often use techniques drawn from scenography as well as long sticks, which act as supports when working on large surfaces. 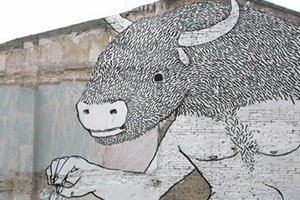 The language adopted is strictly based on drawings: it originated from comics and cartoons, although it is best and provisionally epitomized by urban graffiti. The work remains on paper once the mural has disappeared or faded, when it has been taken down, covered or destroyed together with its supporting frame. Inspiration stems from a need of creating that is otherwise stifled by domestic walls, from the sheer pleasure of transforming ordinary and decaying places, showing how creativity may redevelop from urban degradation. 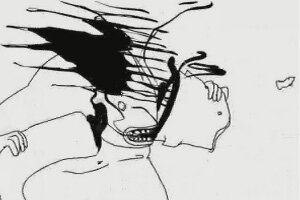 By just looking at him you could get the wrong impression: a little belly and a closet filled with grandpa-style sweaters and nerd t-shirts on all the time. 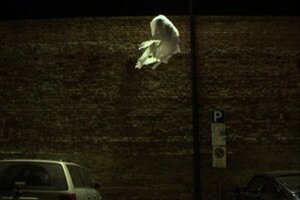 Lorenzo Fonda, aka cerber or gattocerber or cerberoleso, will present himself to your eyes like a well-behaved Italian guy: quite happy youth, seemingly strong moral principles and a quirky young-skater attitude (he has been on a skateboard for 15 years). If you're lucky to have a long-distance friendship with him through some chat software, you'll be able to know most of the best he has to offer. 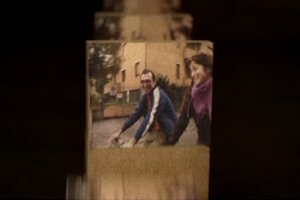 An almost compulsive obsession to search around for the most unusual stories, sending out self-referential links of his website (which is great, by the way), updating his life with pictures, movies and drawings of every kind, on toilet paper as well. The enfant prodige has a poliedric talent: you may be seeing him do everything. He can have people dancing upside down, have small puppets dance, animate tamanduas french kissing, get a sloth drunk. Maybe he can't sing, but who knows, he may learn that too one day. He currently works with three production companies: Mercurio Film in Italy, Hornet Inc. in the USA and Strange Beast in UK. 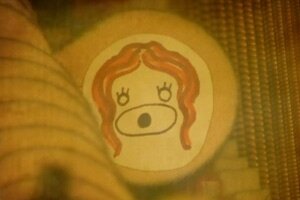 Instructions for use: offer him some beer, make him feel important, have him tell you how to make ghost fly or how he ended up on Michel Gondry's new movie set.
Lorenzo will never think hes good enough at doing things, thats why hell keep studying and experimenting with things until his very last day of life, which will be his most perfect one.
txt by Francesca de Pascale

His works has been showcased at the Cannes 2006 Young Director Awards, Resfest (where he also made a presentation about Fabrica) and has appeared on publications such as Pictoplasma Character in Motion, Idn Flip Moview, Swindle Magazine, Stash DVD, Converse Gallery and many others.
He has worked commercially for such client as Alfa Romeo, Nike, Mtv, Converse, Sundek and a few others.